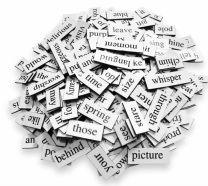 Geoff Dixon, Chief Executive Officer, Qantas 2001-2008:
"I have always believed in the power of the written word.  Well-crafted speeches helped me lay out the vision for Qantas, explain key strategic decisions and argue our case to key stakeholders, including the Government.  I have worked with Lucinda for ten years and in that time I have developed a complete trust in her writing skills, her judgment  and her communication of the messages I wanted to deliver.  I recommend her unhesitatingly."

Ann Sherry, CEO Carnival Cruises:
"Lucinda and I worked on a range of speeches during the time I was Westpac Group Executive People & Performance and later CEO, Westpac New Zealand.   The speeches addressed a wide spectrum of issues from banking and finance sector challenges, to the international status of women.  Lucinda was highly effective at delivering my brief to emphasise facts and logic in order to present compelling arguments, and she has my full recommendation."

Kim Beazley, Minister for Finance and Deputy Prime Minister of Australia, 1994-1996:
"Lucinda worked for me from 1994 to 1996 and during that time worked as the lead speech writer on a series of speeches - including on defence, immigration, public sector reform, and  information technology reform - leading up to, and during my term as Deputy Prime Minister. She is an insightful and lateral thinker, a very hard worker, a cheerful interlocutor, a gifted writer and I recommend her unreservedly."

Margaret Jackson, Chairman of Qantas, 2000-2007:
"From the moment we started working together Lucinda understood my voice and my personal style, and worked with me so that I could deliver speeches with passion and punch.  We’ve worked on an amazing diversity of speeches and occasions - from ANZAC Day addresses to reflections on women in leadership.  I’ve recommended Lucinda to business colleagues and they too have been impressed by her ability to create speeches that express their personal style and values."

Rachel Thompson, director at international communications agency:
I have commissioned Lucinda on several occasions to advise on or develop keynote speeches for my clients in Europe. Lucinda brings deep understanding of the craft of speech-writing and speech-making, great knowledge and curiosity, respect for evidence and an unerring ear and eye for clear and interesting language. Her involvement ensures speeches that are a pleasure to make, hear and remember. Lucinda is also highly adept at working across geographies, cultures and timezones. I recommend her unreservedly – a speechwriter of the highest calibre.

Niki Kesoglou, former Diversity Head of Westpac, now Regional Head of Diversity in Singapore-based global financial institution:
"I've worked with Lucinda very successfully on a range of diversity initiatives, primarily speeches, but also major reports. One of her skills is sifting through corporate speak and pulling out key messages in ways that are impactful. She has a way of integrating personal stories that relate to diverse and disparate global audiences. She is always flexible and professional in her approach and dealings, a pleasure to work with."

Charlotte Wood, author
"I have been speaking confidently in public about my work for ten years, but when I was invited to give the formal address at a university graduation ceremony I completely freaked out. I was terrified by the gravity of the occasion and wanted to do it justice. I took a terrible draft speech to Lucinda for help. First, she helped me calm down and find my focus: what was it that linked me to my audience, and what was the central thing I actually wanted to say to them? Second, she helped me develop the right tone – overwhelmed by the seriousness of the occasion, I had been toppling into pomposity. Lucinda helped me recover the lightness and intimacy of my natural voice, without sacrificing the integrity of what I had to say. And third, she helped me structure my speech so it built to a climax that would hopefully leave the graduates inspired. She also gave crucial tips about breaks and spaces to allow for natural breathing along the way. On the day I felt so confident about the content of my speech I could focus entirely on its delivery, on connecting with the people in the room. Never before nor since have I given a speech that was so resoundingly well received – people even approached me on the plane home to congratulate and thank me. I remain incredibly grateful for Lucinda’s thoughtful expertise on that occasion and I cannot recommend her more highly."
READ CHARLOTTE'S SPEECH HERE.

Michael Rose, Allens Arthur Robinson, law firm:
Topic: Manners & the Law, Allens Arthur Robinson Partner Conference, 2008
"Lucinda was a delight to have at our conference. She spoke with poise and intelligence. She was a very engaging speaker and we have had great feedback from the AAR Partners and their spouses. She nailed the brief for this session."

Allan Gygnell, CEO, Lowy Institute for International Affairs:
Topic: Good Manners & Global Politics, 2007
"Lucinda's speech 'Good Manners and Global Politics' at the Lowy Institute, Australia's major international policy think tank, combined lightness of touch with seriousness of purpose.  To an appreciative, capacity audience she explained with wit, clarity and the insider's knowledge of a former diplomat, how diplomacy imposes on the anarchic international environment the sorts of constraints that good manners impose on society.  In both instances, manners are needed to keep the chaos in check."
LISTEN TO LUCINDA'S SPEECH TO THE LOWY INSTITUTE HERE